idearideas is an agency of creativity, communication and marketing, based in castellón (spain) and with more than twenty years of experience.

after years of professional path and growth, the management team needed to communicate the point of consolidation achieved and to transmit what they had become: a multidisciplinary company capable of offering, from honesty and demand, a wide range of services and which has been able to evolve at the same time as its customers and to respond to their needs.

our proposal is to modify the layout of the previous logo and enhance, in two lines, the parallelism of the name idearideas. the use of a condensed and resounding font helps in turn to convey the idea of a solid and united block.

from there a flexible system is created, which is born from the initial “i” linked subliminally with the monolith of the famous film 2001: a space odyssey, an element that every time it appears on the screen means a moment of change and evolution according to the current moment of the firm and its own capacity to generate them. it also transmits in a graphic way the act of “thinking outside the box”, a metaphor that means thinking differently, in an unconventional way or from a new perspective. 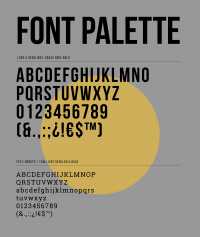 the launching of the new identity is completed with a campaign that pays homage to illustrious “ideators of ideas” of universal fame. playing with the proposed symbol and taking advantage of its graphic flexibility, different concepts such as quixote by cervantes, newton’s apple or the archimedean lever are represented in a minimal way.