minke is a creative provider of graphic services based in madrid that combines production and research in its workshop–laboratory and online advice and where quality papers, the careful production and finishes prevail before the big print runs.

our proposal is based on an abstract symbol that encompasses different concepts linked to the philosophy of the company and that contrasts with a logo composed in a delicate roman font in italics, in this case the lyon typeface.

the main chromatic palette is based on gray tones enriched with the strength of the color provided by the different papers used in the different pieces. together, they convey the perfect balance in which a company that seeks to communicate tradition and modernity, craft and industrial production, as well as a passion for details and deep love for paper, moves.

far from ominous forecasts the proposed motto “good morning paper” bets on a second youth of the paper as support of communication and by the continuity of the graphic arts. 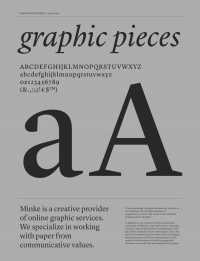 for the launch of the ‘paper gallery’, an online tool for designers to find the most appropriate role for their productions, a launch campaign was carried out under the slogan “papers for characters” where the double sense of its meaning (in spanish) is played , on the one hand, ‘paper’, thin sheet to write and character that plays an actor; and, on the other hand, ‘for characters’, (‘de cine’ in spanish) typical of a film and also as a colloquial expression to say that something is magnificent, out of the ordinary, of great quality.

by means of a minimum manipulation of the paper it is possible to represent different films with the tools that can be placed on a desk: clips, scissors, pens,... and that this was the only protagonist. 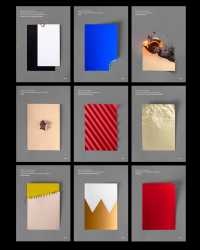